A love for music, a passion for creativity and a burning desire to produce music that makes people feel good.

It all started with… 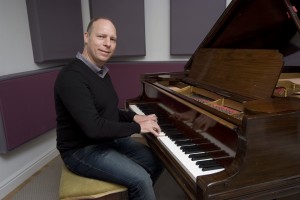 Somebody once told me, “Andy, you have musical bones,” and you know what?…I think they were right.

Over 25 years ago I started playing keyboards for a number of bands and performed at venues throughout the UK.

At the time none of the acts I played with was particularly famous, but it gave me a great opportunity to play a wide and varied mix of musical genres. You could say I was ‘cutting my teeth’ in the business and learning my craft.

I was lucky and, after just a few years of doing what I loved, I was ‘noticed’ and started touring with some amazing acts – some of which won a number of record deals.
This was followed by lots of TV work and the opportunity to tour with Terence Trent D’arby as the band’s keyboard player.

Soon after, towards the end of the 80s, I decided to focus mainly on studio session work. It was an incredibly exciting time and I was privileged to work with leading acts like Soul II Soul, Boy George, and The Brand New Heavies.

By the time the 1990s arrived huge stars of the time – Cathy Dennis, Elton John and Diana Ross – were considering me as their ‘first call’ session player.

The hits started to roll in…

I continued to play session keyboards until 1993, when an album I produced for Columbia Records went triple platinum. It was MN8’s “To the next level” and we went on to get three of the album’s singles into the UK Top 10. 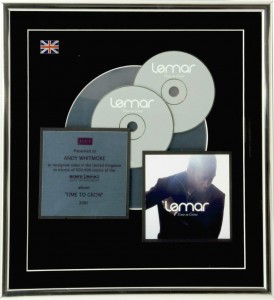 And here I am today…Greystoke Studios

I’ve now been producing for over 20 years from my recording studio in North West London and have continued to be instrumental (pun intended) in helping big-name acts to progress their sound. Danni Minogue, Eternal, and Malcolm McLaren have all had a great time working with me in finding the sounds that they had previously created in their minds.

In 2012 I decided that a complete overhaul of the studio was needed. I wasn’t going to cut any corners – I wanted the absolute best. Who better to turn to than Miloco – the designer who blessed Abbey Road Studios with his God-given talent, transforming it into the iconic creative-haven that has spawned so many hits.

Greystoke Studios is of the same ultra-high standard and benefits from one control room, and two live rooms.

There’s not a sound I can’t create

I’m obsessed with musical instruments, especially keyboards and pianos. I have over 50, many of them analogue, which enables me to create sounds that many other studios simply can’t match.

If you love or have an interest in the technology that’s used in music production, take a look at the studio equipment page to learn more.

A passion for new artists

It’s new talent, a common understanding and my continuing love for music and creativity that makes me feel so lucky to be in this business.

I don’t need to be working with a superstar to be happy in the studio. I welcome everyone to Greystoke Studios who shares my enthusiasm, and I look forward to helping you to become the success you so clearly want to be.